On January 27, Irish technology entrepreneur Sean O’Sullivan launched the 2014 MATHletes Challenge, a contest that will introduce students across Ireland to Khan Academy. They’ll compete for more than €20,000 in prizes as they learn math on our site. The competition began on February 1 and lasts just over three months. We’re thrilled to be part of this one-of-a-kind opportunity! 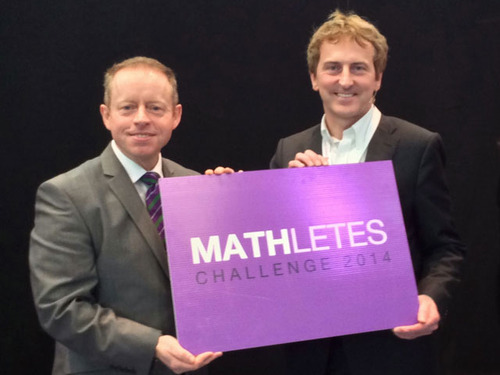 As announced on Siliconrepublic.com, “MATHletes Challenge 2014, which O’Sullivan is launching today with the Minister for Training and Skills Ciaran Cannon, aims to help students develop the confidence and competence to excel in maths by introducing Irish students and teachers to the Khan Academy. … In the MATHletes challenge, students will compete in county and provincial finals, with top scorers advancing to the national finals, which are scheduled to take place in early May. Students will also be able to connect with other contestants by attending free Saturday Khan Clubs which will be held in the National Educations Centres across the country.“

For more information, visit the MATHletes Challenge launch site. Also check out this video to see how Irish teachers and students are using Khan Academy.