Recently, a number of students on Khan Academy found a way to cheat by taking hints offline and not having them counted towards their online profile. When going through exercises on Khan Academy you answer the problems given to you and receive feedback on whether your answer was correct or incorrect. If you get stuck on a problem you are able to take hints and have that problem counted as incorrect. Check out this exercise if you want to try it yourself. The images below show the user getting a correct answer and taking a hint respectively. 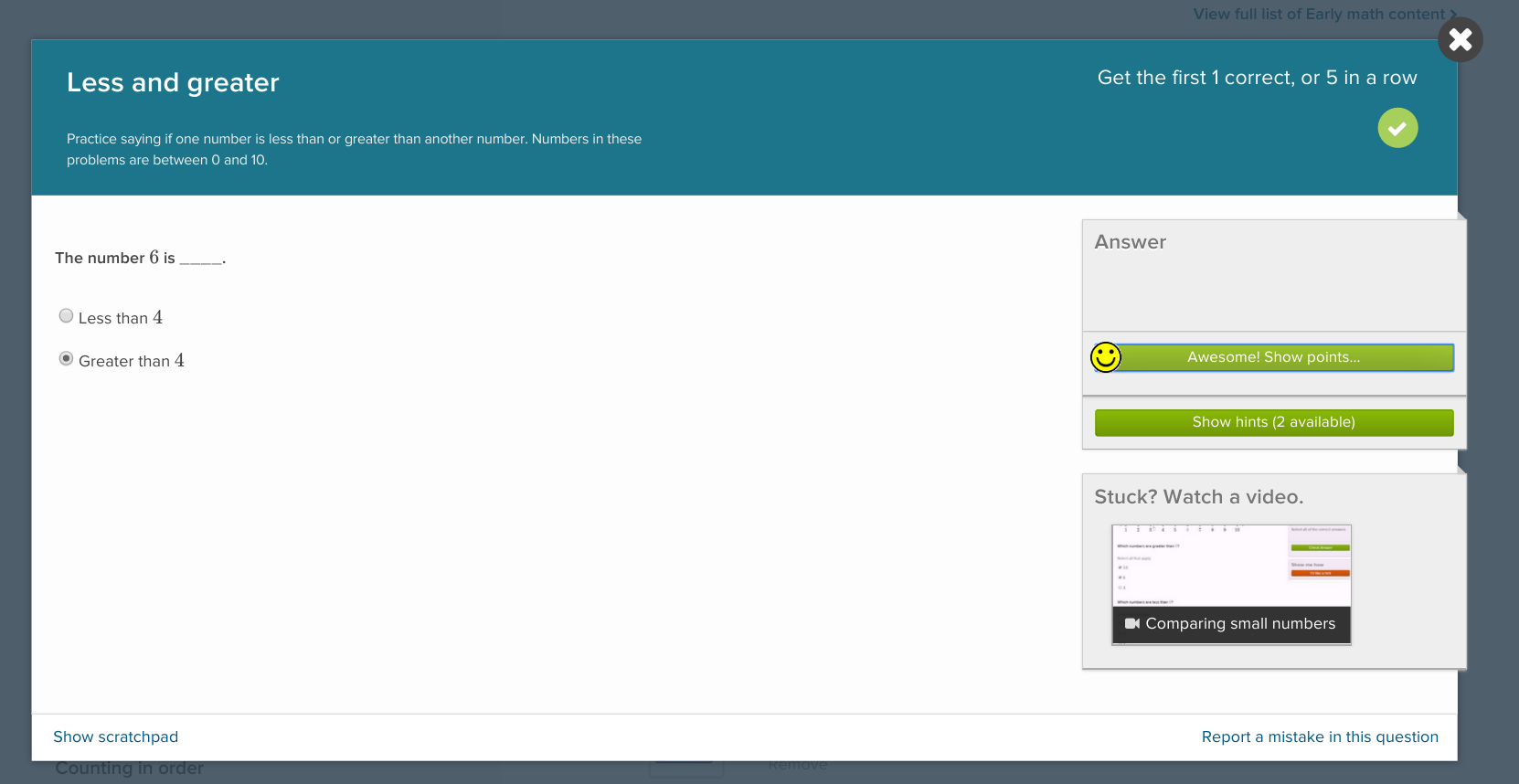 The cheaters realized that if they disconnected from the internet, took the hints, and reconnected, they would still have a problem counted as correct. Taking offline hints worked this way because our servers expect a request from the client when users take a hint or answer a problem. If the users were disconnected from the internet the server would never see the request and the request was not stored anywhere on the client so it would be lost.

How did we fix this?

In order to address the offline cheating, we decided to change how the client sends requests to the server. By utilizing the client’s local storage, we could store failed requests to be retried once the user reconnected to the internet. This solution has the added benefit of removing the need for the client to be connected to the server all the time. Users with a spotty internet connection would have a better experience because everything would work even if the internet cut out for a short period of time.

In our new architecture, anytime a user performs an action a string representing that action is stored in a queue that is saved to localstorage. When the queue is consumed, each action is mapped to a function that implements the action. This approach allows us to have more control over what happens when a request is not received by the server. The new queue retries any actions that fail and implements a linear backoff function so as not to be constantly sending requests when the user is not connected to the internet.

A nice consequence of this architecture is that it can be generalized to work in other parts of our system. Code that deals with sending requests to the server can be updated to use this architecture and work more consistently even with a bad internet connection. Supporting an offline mode also becomes a possibility because you can just save all of the actions the user makes and send them to the server at a later time when the user has reconnected to the internet.

One of the biggest downsides with this implementation is that with some editing of the user’s local storage, a hint request can be erased from the action queue. We decided this was acceptable for a couple of reasons. First, our typical classroom user is unlikely to know how to edit their local storage. Second, even if the user edits their local storage, it is visually obvious to those in the same room that they are up to something. A teacher can easily see students messing around with the chrome devtools and act accordingly.

A client based architecture makes for a much better user experience because a spotty connection does not create a barrier to using our application. In our case, it also made it much harder to cheat on exercise problems and was a great way to make server requests more reliable. Additionally, this architecture makes having an offline mode more feasible.